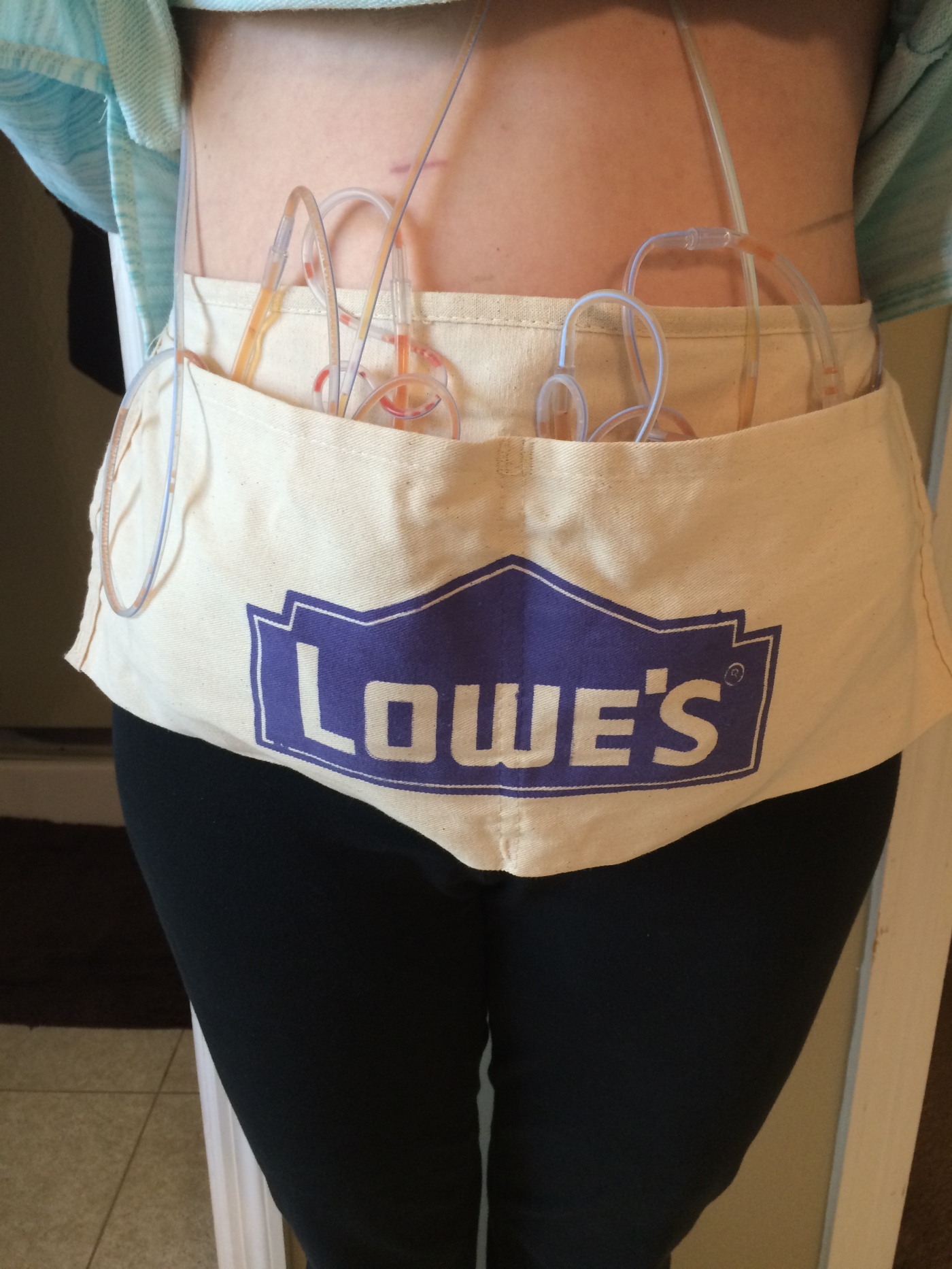 It’s hard to believe that it has been a little over a month since my surgery. I had every intention to write an update soon after surgery, but I guess life happened!  We are so appreciative of all the great support we have had from our family and friends. Many of you have already heard all about how the surgery went, but I do want to give an update for others who may come across our blog.

The mastectomy and reconstruction process ended up taking about five and a half hours. When I woke up from surgery, I remember just having tears running down my cheeks, so grateful that I was done with this major surgery. I was also thinking about my sister, Kim, and all she has gone through battling ovarian cancer. She has literally saved my life. Without her being diagnosed with cancer and getting genetic testing done, I would have never been tested and would have most likely gotten breast or ovarian cancer at some point in my life.  One of the first thoughts in my head in recovery was the scripture reference Acts 17:25, “He gives life, and breath, and all things.” We are not guaranteed our next breath. Thank God today for the life He has given you and recognize that each day is a true gift!

After spending some time in recovery, I was taken up to a room and finally got to see Keith. We had an uneventful night and I was actually able to get some sleep. The anesthesia that I had during surgery meant that I wasn’t in much pain. I had a clear wrap all the way around my chest and four drains that had been placed during surgery. The next morning the nurse showed Keith how to empty them since the drains would be in place for a while. Dr. Namnoum also came by and told us that everything had gone well. The only thing that didn’t go how we had planned was the placement of the implants. The plan had been to put them over the muscle, which is a newer technique with a faster recovery, but after the breast surgeon had done her part removing the breast tissue, the skin was so thin that Dr. Namnoum had to place the implants under the muscle. Part of the pectoral muscle has to be cut using this technique so obviously it makes recovery just a little more difficult. After Dr Namnoum left, the nurse gave us our discharge instructions and we were able to make it home right after lunch.

My mom and sister were able to come down and stay with us from Sunday (the day before surgery) to Thursday. It was a huge help to have them there to take care of the boys so Keith and I could focus on my recovery. My sister was so sweet to order me a special pillow for mastectomy patients that went under my arms and around my chest. It was so helpful to put across me when I was sitting in the recliner so Asher could sit in my lap without hurting me. I was expecting to be in a good bit of pain the first few days and thought I would just want to be by myself sleeping and resting. Thankfully, though, Dr. Namnoum told me that he gave me a long acting numbing medicine that should keep my pain under control for the first 72 hours. Even after that medicine wore off on Thursday, I still just felt really sore, not necessarily in pain, and was able to get by just taking ibuprofen and a muscle relaxer. I haven’t had to use the narcotics that were prescribed at all. Since other people were caring for the boys, I was able to just rest and relax, but I felt well enough that I was able to be downstairs interacting with everyone.  I could definitely feel discomfort if I reached too far or did too much with my arms, like drying my hair, but it was amazing to see an improvement in my range of motion each day. The first week I needed help showering just because it was difficult washing my hair and I had four drains that were just annoying to deal with plus I was trying to not get the dressing too wet. The drains had to be emptied several times a day so we could measure the fluid output. The goal was for each individual drain to have less than 20 ml in a 24 hour time period in order for the individual drain to be removed. To manage carrying the four drains, Keith went and bought me a handy toolbelt from Lowe’s so I could stuff the drains and the tubing down into it. The toolbelt was a great idea that I had seen online and hopefully telling about it here will help someone else in the future! Also for the first couple of weeks I was limited to button down shirts because it was impossible for me to lift my arms to get something over my head.

A few days after surgery, I got a call from Dr. Redden, the breast surgeon, telling me that all of the final pathology came back clear. This was the best news we could have received and definitely caused me to breathe a sigh of relief! It felt so good knowing that I had completed this surgery before any cancer cells were found in my breasts.

My mom and sister left on Thursday afternoon and Keith’s parents arrived the next day and stayed through the weekend. The boys had fun with their grandparents and I was able to continue to get some good rest. I had my first follow up with Dr. Namnoum a week and one day after surgery. At this appointment, two of my drains were able to come out. It felt so good getting two out and getting the dressing off that had been on for a week. Since surgery, I’ve already had a total of five follow up visits with the plastic surgeon for them to check on drains, assess how things are looking, and put on new dressings. A third drain was able to come out on Day 15 after surgery and the last one finally came out on Day 18. It was such freedom to finally get them all out and not have to wear baggy shirts to cover up the drains. That last drain came out on Good Friday so I was thankful to be able to go to church on Easter Sunday and wear a normal dress. Now that the drains are out, I will wear a zip front sports bra 24/7 for the next 6 weeks to help with support and to help any remaining fluid reabsorb into the body.

Like I said before, we have had great support and have had so many people bring us meals and help with the boys. It has been so nice to not have to think much about grocery shopping and meal planning. Keith was able to take several weeks off of work which was a huge help. He is back at work now and my plan is to return to work on May 15, which will be seven weeks after my surgery. I’m not supposed to lift more than 10 lbs for 6 weeks so lifting the boys is definitely still out of the question, but Asher has learned to just reach out to hold my hand instead of asking to be picked up and he has learned how to climb up in his own car seat so I just have to buckle him in. I drove somewhere on my own about two weeks after surgery. You don’t think about how much you use your chest muscle when you are turning the steering wheel! I’m also able to put Asher in his crib and high chair on my own by scooting a chair next to them that he can climb up on. It’s definitely been a blessing that he’s a wild child and loves to climb!

I know this has been a long post, but I hope that has given a good update of how things have been going. The major surgery is behind us, but the reconstruction process is definitely not over. It will take time for things to heal and settle and then in a few months I will have an outpatient revision surgery to tweak some things and do some more fat grafting to help fill in some places and cover the implants. Thank you again to all who have supported us in prayer and practical ways! We will continue to keep you updated!